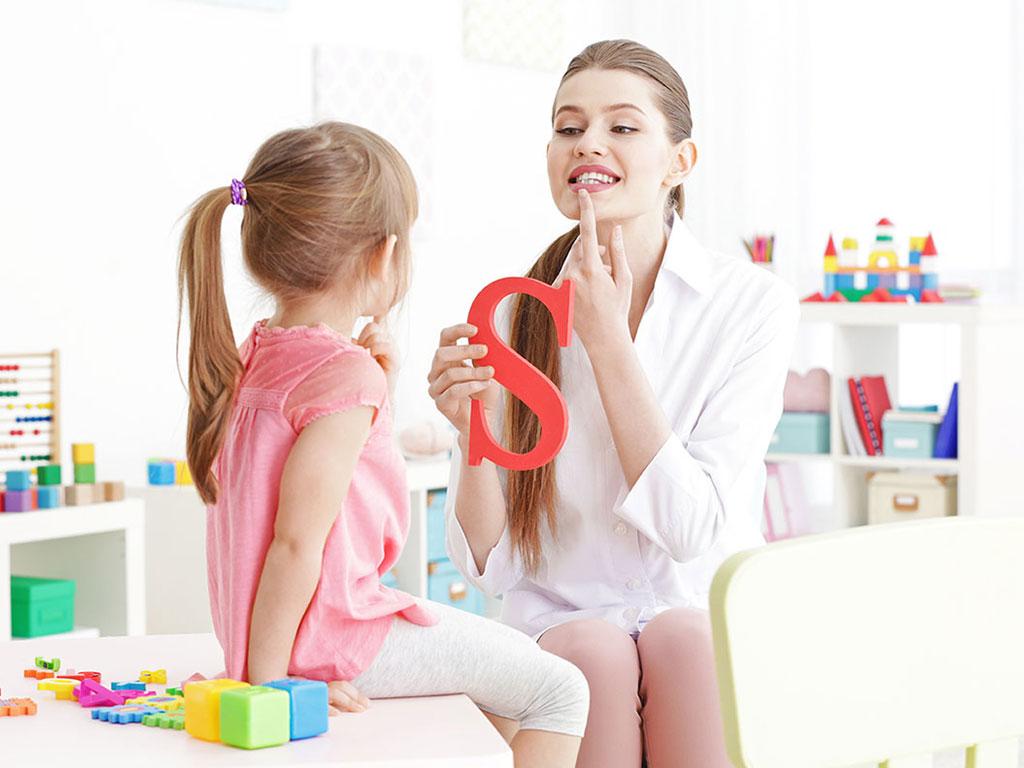 Speech-language pathology is a clinical practice to diagnose and treat disorders related to speech, language, cognitive-linguistic and swallowing.

A Speech-language pathologist work with children and adults who have problems with speech and language, including related cognitive or social communication problems and swallowing.

Our goal is to provide interventions that allow the patients to reach their full potential in all areas of communication and ensure completely customized, one-on-one therapy that is closely tailored to the needs of the patients.

We have highly qualified, experienced and RCI licensed Speech-Language Pathologist who provides assessment and treatment for the following disorders in adults and children:


Receptive and Expressive language delay: persistent difficulties in the acquisition and use of language across modalities (i.e., spoken, written, sign language, or other) due to deficits in comprehension or production” and language abilities that are below age expectations.

Autism Spectrum Disorder: ASD represents persistent deficits in social communication and social interaction, restricted, repetitive patterns of behavior, interests, or activities. Symptoms must be present in the early developmental period but may not become fully manifest until social demands exceed limited capacities or may be masked by learned strategies in later life.

Attention Deficit Hyperactive Disorder: ADHD is characterized by a persistent pattern of inattention and/or
hyperactivity/impulsivity that interferes with functioning or development.

Intellectual Disability: Neurodevelopmental disorders that begin in childhood and are characterized by intellectual difficulties as well as difficulties in conceptual, social, and practical areas of living.

Specific learning disorder: Neurodevelopmental Disorder that impedes the ability to learn or use specific academic skills (e.g., reading, writing, or arithmetic), which are the foundation for other academic learning

Speech Sound Disorder: characterized by omission, addition, distortion or substitution of speech sounds in a manner that makes the speaker difficult to understand.

Childhood Apraxia of Speech:  an uncommon speech disorder in which a child has difficulty making accurate movements when speaking. In CAS, the brain struggles to develop plans for speech movement. The speech muscles aren't weak, but they don't perform normally because the brain has difficulty directing or coordinating the movements.

Cerebral Palsy: a group of disorders that affect movement and muscle tone or posture, caused by damage that occurs to the immature brain. Speech and language therapy seeks to improve a child’s speech and communication by strengthening the muscles used for speech, increasing oral motor skills and improving their understanding of speech and language. It also can help with swallowing disorders.

Voice disorders: A voice disorder is an abnormality in pitch, loudness or quality of voice in relation to an individual's age, gender, and cultural background. The most common voice disorders are functional in nature and involve vocal abuse/misuse which is commonly seen in professional voice users. Many organic factors like laryngitis, tumors, neurologic disorders, vocal fold paralysis can also result in voice abnormality.

Cleft lip/palate: a birth defect that occurs between the fourth and eighth weeks of pregnancy resulting in an opening in the lip/roof of the mouth. Intensive speech therapy s after surgical correction of the cleft is essential to overcome the speech and language problems of the child.

Motor speech disorders: represent abnormality in speech due to brain damage which include

Apraxia: a deficit in the planning and sequencing of motor movements

Aphasia: Aphasia is a language disorder due to brain damage that results in impairment in the understanding or formulation of language and can affect both spoken and written modalities. The major cause of aphasia is CVA (cerebrovascular accident) or stroke.

Cognitive-Communication Disorders: This occurs when individuals have difficulties paying attention, planning, problem-solving, or organizing their thoughts. Many times, these disorders occur as a result of a traumatic brain injury, stroke, or dementia.

It is a long established fact that a reader will be distracted by the readable content of a page when looking at its layout.

Need support? Drop us an email

Have a question? Call us now