The beauty and depth of Ayurveda is something to be experienced than said. It is a science that works wonders in the human body with its nature rich touch. The miracles that happen with the appropriate application of this science are beyond explanation. In fact Ayurveda has been in existence for more than 5000 years and is still getting stronger due to the same 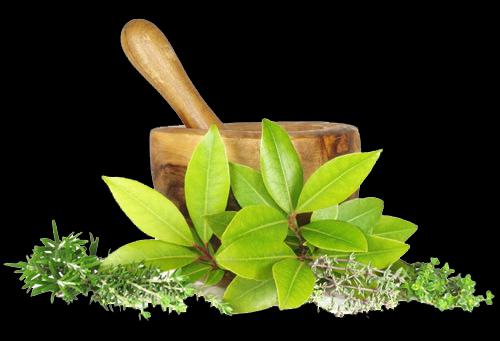 Ayurveda (the science of life), is the most primitive medical science in the world. Ayurveda is a comprehensive health science which includes various form of lifestyle in therapies like Yoga, Meditation, herbs, aroma, diet, gems, astrology, massages and many more. This form of medical science is use for healthy body, peaceful mind and spiritually. Besides, healing ailment, it also unites the body, mind and soul to create symphony of life.

Native to India, this form of medical science is found in the sacred book of Hinduism-The Vedas over 5000 years ago. In western world, it is considered as the alternative medicine and accepted as complimentary for healing body and mind. The word 'Ayur' means life and 'Veda' means science or knowledge. The evolution of this ancient method of healing comes from Vedas: Rig veda , Sama veda , Yajur veda and Atharva veda. Knowledge on Ayurveda that deals with the diseases, injuries, fertility, sanity and health are predominantly available in the phrases of Atharva Veda.

Evolution of Ayurveda in ancient time was marked by three major texts of Charaka, Sushruta and Vaghbata. Their contributions in developing and flourishing Ayurveda science are plenty. In 1st century A.D, Charaka wrote Charaka Samhita and Sushruta wrote Sushruta Samhita in 4th century. Ashtanga Hridaya, the third major texts of Ayurveda was compiled by Vaghbata in 5th Century A.D. This text is concise version of work of Charaka and Sushruta. Charaka's School of Physicians and Sushruta's School of Surgeons laid the foundation of modern Ayurveda and helped to organize and classify the branches of medicine and surgery in Ayurvedic science.

Following to these contributions, Dhanvantari Bhavaprakasha, Raja and Shaligrama are the few who make vigorous efforts in redefining the practice of Ayurveda. As a result sixteen major written supplements came into existence. New drugs and medicine were being introduced by conducting intense research on the field of Ayurveda science. Around 200 medicinal plants and herbs were discovered and used for healing ailments. Introduction and expansion of application, discovering new diseases, finding alternate medicine are the few efforts made for the sake of advancement of the Ayurveda.

During the colonial Period of British Raj, Ayurveda science witnesses a declination due to influx of European medicine. During that period, Ayurveda become the healing medication for poor and traditional spiritual practitioners. Although it strives to sustain its previous glory and importance but it failed. It regains earlier charm and significance only after independence in 1947 by establishing various school and institutes. Over the changing time and periods, Ayurveda has got the international recognition and has been practiced in western world too. In recent days, huge numbers of Ayurvadic companies, hospitals, schools have been open up to spread the magical value of Ayurveda. More and more people are turning towards this age-old medical science after knowing its benefits and side affects of modern medicines.

Ayurveda, which literally means "the knowledge of life," is the traditional healing science of India. Viewing disease as the natural end result of living out of harmony with our environment, Ayurveda emphasizes reestablishing harmony and balance as the means of recreating a state of optimal health in our bodies and minds. While Ayurvedic methods utilize many therapies including herbs, diet, aromatherapy, color therapy, mantras, yoga, meditation and general lifestyle counseling, the most profound of all treatments is that of Panchakarma.

Panchakarma is the traditional form of detoxification of the body and mind that facilitates rejuvenation. It has been utilized for thousands of years as a method of staying healthy, young, and vital. Panchakarma therapy primarily aims at cleaning the body of its accumulated impurities, and nourishing the tissues. Once this is achieved, it becomes very easy to rejuvenate these tissues and prevent the process of aging. The term 'panchakarma' literally means five specialised therapies. The therapies that are included under this collective term are:

Prior to the administration of these therapies, the body of the patient is to be suitably prepared and the therapeutic measures used for this purpose are called Preparatory Therapies. These are:

Based on the vitiation of Doshas (vata, pitta, kapha) and the physical constitution of the patient, the physician decides on the suitable therapies. Three courses of panchakarma therapy at a time interval of 6 to 12 months is highly recommended to rejuvenate the body.

Need support? Drop us an email

Have a question? Call us now